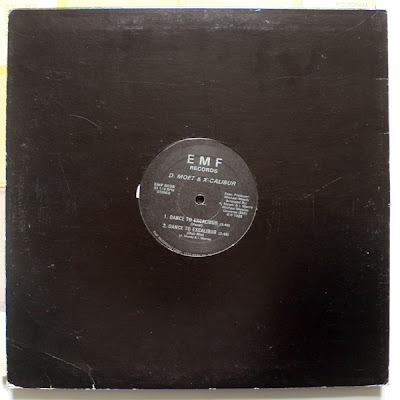 The title track is so darn wack that i couldn't even use the photo of side a. It's called "Everything I own" and yes, it's a cover version and these guys dare to sing!! The raps on this "close to completely silly" schmoov groover definitely stand in tradition of LL Cool J's "I need love". Fortunately the other tracks rock like hell. James Brown samples, some dope cuts and a superb rapper that really goes for gold. Guess what song was used for "Goodfoot"? My favourite is "Dance to Excalibur". Rapper X-Calibur goes berzerk over Herman Kelly's "Dance to the drummers beat" without a stop!!

download link on request
Posted by basso at 11:08 6 comments: 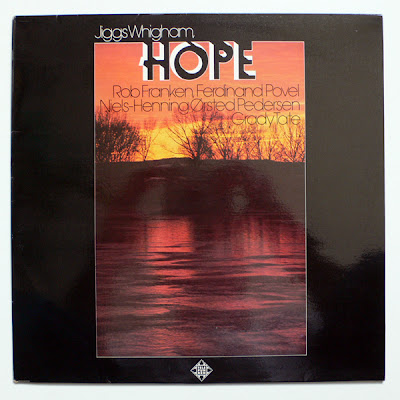 Sorry for that stupid title!
This is Jiggs (Oliver Haydn) Whigham's second album under his own name.
The first one is "Values" on the infamous MPS label from the black forest and
is really hard to get nowadays. Besides from that album he appeared on a bunch
of great MPS records like most of Peter Herbolzheimers Rhythm Combination & Brass joints or on Charly Antolini's funky "Soul Beat" or on Peter Trunk's massive "Sincerely P.T." on the superrare Aamok lable ( I will probably post that in few weeks time). I like this one more than his first, because it's a great mix of up and down, slow and fast, jazzy and funky, latin & even a feel of boogaloo.

download link on request
Posted by basso at 10:28 18 comments: 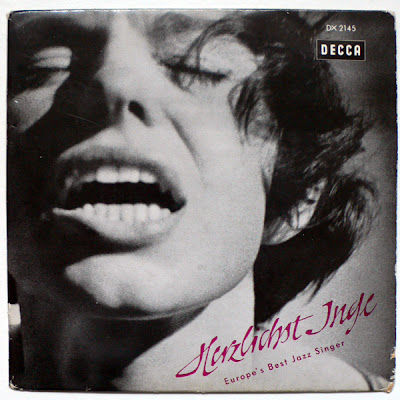 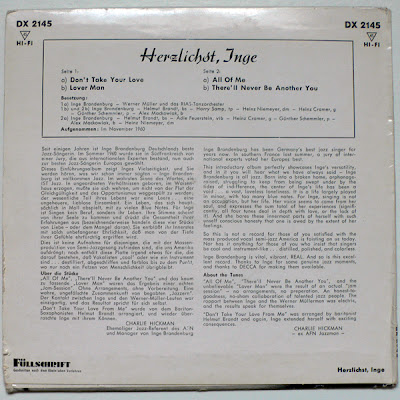 Vielen dank, liebe Inge. Thanks a lot dear Inge for this
lovely EP from 1960 that holds one of my favourite vocal
jazz tracks ever. "There will never be another you"
really gets me going. The way she streches the words
reminds me of the good old Mark Murphy.
Yeah right, this might be something for the brainwashed
Peterson follower as well as for Jazz lovers around the globe.
Check out "Lover Man" and you know why they've printed
"Europe's Best Jazz Singer" on the front cover.
I hope i don't sound like I want to sell it....
cheers,
Basso
Posted by basso at 10:02 8 comments: