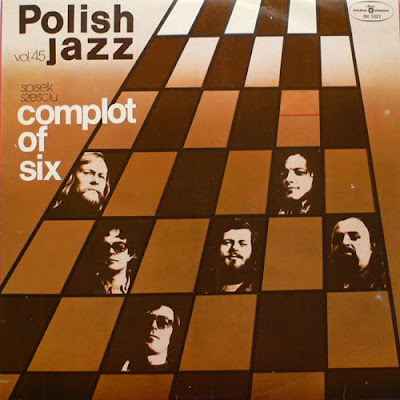 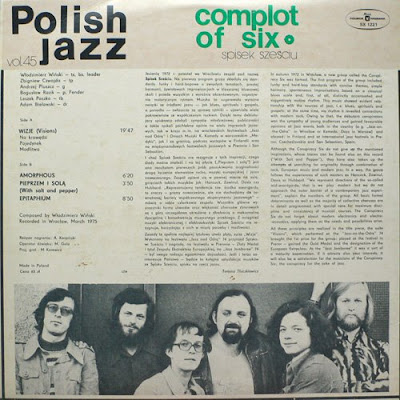 This was one of my first Polish Jazz LPs and I was in love immediately. It was the bassline of Visions that made me spin this record again and again. I really dig this free approach to it. All in all a top notch album. Hope you guys like it. 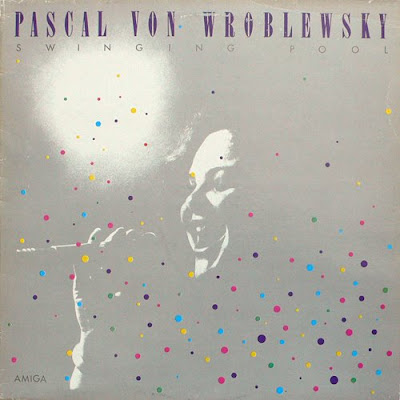 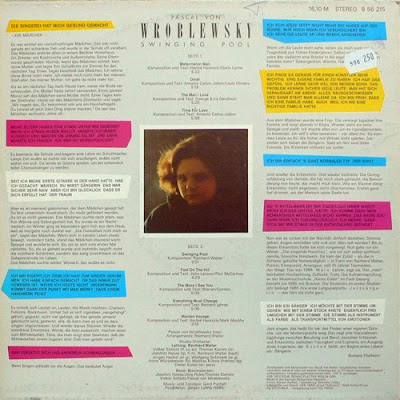 Now here you have only 2 tunes by East German scat wonder Pascal von Wroblewsky. She recorded the "Swinging Pool" album at the age of 24. About ten years after her first apperarence on stage. (Didn't find that much info on her early work - btw she's still performing...) A year later she recorded an LP with her group Bajazzo (I'll post that later on). Earlier outings of Bajazzo are to be found on an early 80s Amiga comp, if I remember it right. Anyway, I've never ripped the whole LP, because I didn't really dig it all, so here's the 2 standout tracks of the Swinging Pool. The light and airy classic Maiden Voyage and the highly recommended scat earworm Swinging Pool. Let me know if you are interested in the rest of the LP and I'll rip it....

PS. Almost forgot about the boys: