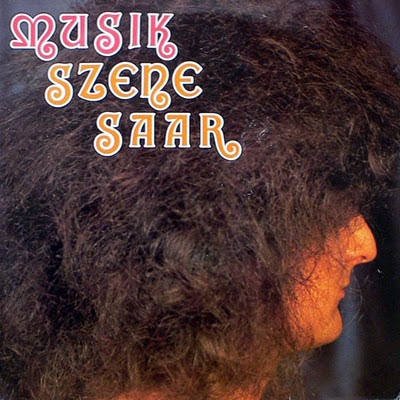 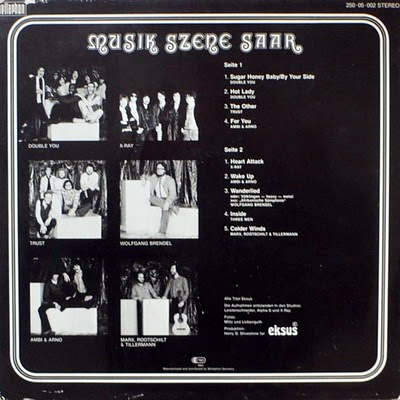 A rhyme on prächtiges Haar - Musik Szene Saar
Ambi & Arno sing "For You" (see tracklist below) and they're damn right. Now here's one for you. Hailing from from the small german federal state called Saarland, named after the river Saar, this compilation offers folky vibes, krautrock, teutonic elektronik, obscure funk and heavy rock!
Well worth a few spins .... get all the details here and snatch your link in the comments as soon as it appears there. Cheers! 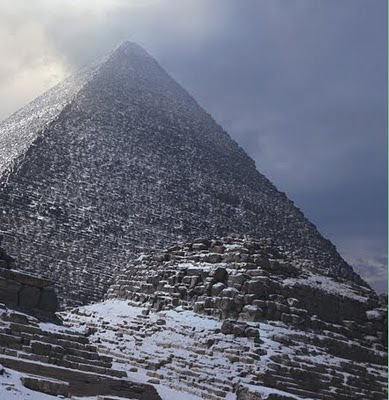 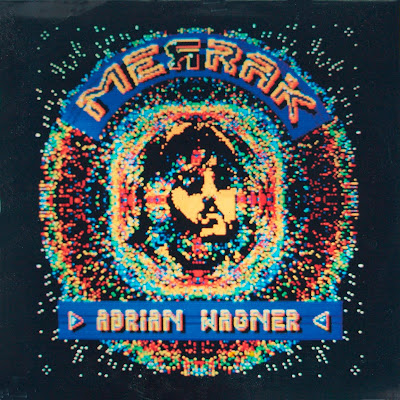 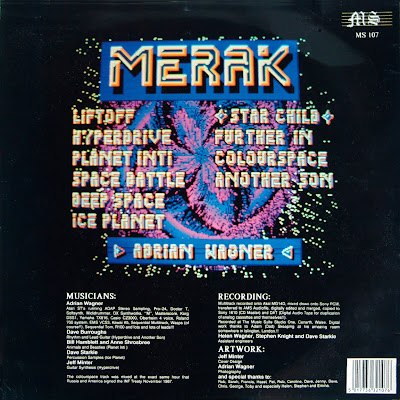 Here we have a soundtrack for an epic space fantasy. This is the story of Merak, a trans-sentient android (android with a soul) sent on a mission to the core of the universe to investigate an attack on the Universal Mind. Merak was released in 1988 on Wagner's private Music Suite label. 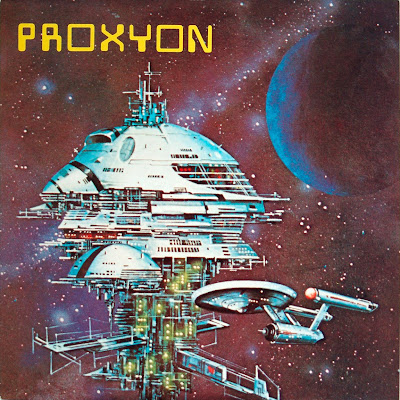 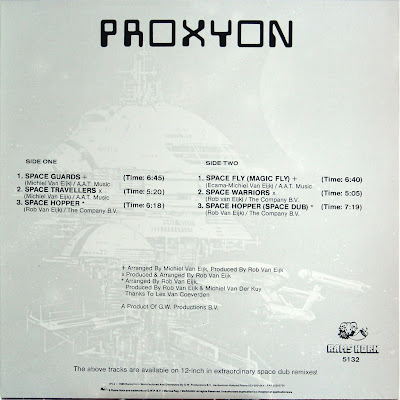 Ready for some more Nether cosmic sounds? Maybe? Ok, give this one a try. Late breaking synthpop/cosmic disco from the Netherlands. The Van Eijk brothers punched out this set of space themed synthy dance tracks in 1989. If you're fond of Future World Orchestra, Peru, or Space Art you will probably feel right at home with Proxyon.

the joy of cooking #6 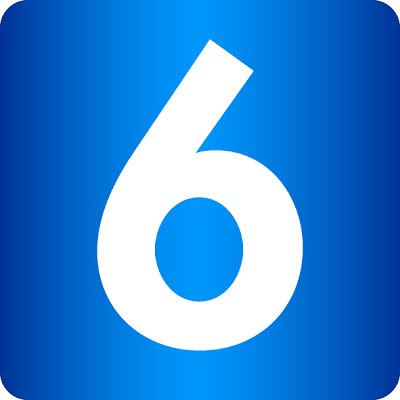 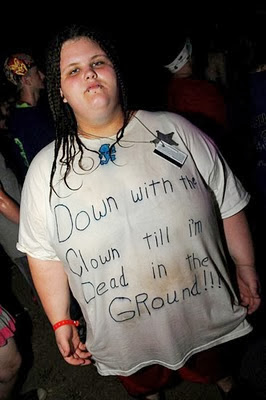 tonite at 22.00 CET - 9 grenwich time. #6 will be on air.
Expect less 80s sound and a little more jazz this time.
Links for download and streams will be up as soon as the show's archived.
Cheers, Basso!

in the archives now. ready for your downloads and streams


Now here's the tracklist for february's joy of cooking.
AGAIN it took me some time to pull them out,
but finally a little cold helped me.


Propeller Island - Hanne's Jingle
comes from a fantastic LP! Humorous and intelligent Kraut Electronics
Stephen Schlaks – Gorgeous you’re right
love it love it love it love it
Mario Paech - Palma De Mallorca
comes from a wonderful compilation from the late 80s. Copies
Rob – Never Enough
Rob's 2nd longplayer is a true winner "sounds best when: you heard it 30 times"
Sunrise Orchestra – Un Dia Ta Bini
When you dig a little deeper in here (blog) youll find a longplayer by these guys. The track here comes from their first that arrived here just last week.
Shivananda – Calor
Swiss Jazzrock. Erste Sahne!
Sanlucar – Caballo Negro
Manolo Sanlucar has quite some LPs out. I think this is from his first called Sanlucar. Basso has a soft spot for funky flamenco .....
Manzanitas (Edit)
Yes he does!
Riccardo Zappa - Chatka
I'm a true fan of Riccardo Zappa. This is from his first and features Tullio De Piscopo on drums and Tempera on synths. Discogs just told me the bassman also played on the Wild Magnolias records!! If you like it check out Riccardo's 80s LPs. Just as nice plus adding a bit of New Age and Balearica.
Joaquim Habana – I Love Berlin
mmmhhh... the guy's on fire. The track is coming from an obscure mid 80s soundtrack and it's so nice that everything changed over the years and nothing really changed....
Der Grüne Engel - Radioaktivität
haha! what devil made me do it? Playing this track might have been on step too deep into Pandora's box of obscure little ditties, but now it's here and it's an interesting one. Privately pressed on 7" only this insane ANTI ATOMKRAFT (Anti Nuclear Power) Song from the early 80s wonders me any time I hear it. Using Kraftwerk like vocal-hooks sung by children over a bassline strongly "inspired" by Key West's "Shake Together", the flipside of "Wanna Groove" - WTF
Alberto Cheri - Io non so se (Edit)
Anch'io, but I know this is from his "Cavalli Alati" album
Dsh! Dsh! - Космос (Edit)
Came across these guys because D-Pulse remixed one of their tunes. the track is stretched a tiny bit. it came from CD anyway ; )

Jupiter Tunig Center - Doveshit
Big thanks to Frank for this track. Check out his tracks on Soundcloud.
There's a LOT of good stuff!!

John Stewart – Blonde Stars (Edit)
I love this track and edited it a bit, so pleasure time lasts a little longer
Loredana - Io resto senza il basso (Edit)
same here
Dudley Perkins - Falling
I promise I'll never use a shitty mp3 burned to CD for a mix again. I couldn't find the damn record and WANTED it. Next time I'll kill my darling!
Funky Jojo Band - ??
Private Pressed Hamburg Jazz Funk from the early 80s . Totally my hobby-horse.... No info nowhere
Lindwurm – Streichgeigenhansel
another private one. the whole record is damn great. I think there's a rip at Mutant Sounds?
Ambi & Arno – For You
I found some copies of a "private" compilation called "Musik Szene Saar" ditributed by Bellaphon about 2 years ago and there's really a couple of great tunes on it. Various styles.... I heard it is now pretty hyped and of course damn expensive because of the ONE electronic track. Maybe this is one for thegrowingbin! Anyway Ambi & Arno have two tracks on the comp and "For You" is the one!
New Trace Quartet – Downtown (Edit)
try and find this! let me know if you found something. I'm damn curious. Only have the one track on a early 80s comp sponsored by the ministry of cultural something and I'd love to hear more
Broadcast – Message From Home
Rest in peace!
Affinity – United States Of Mind
this is the closing track, cheers! 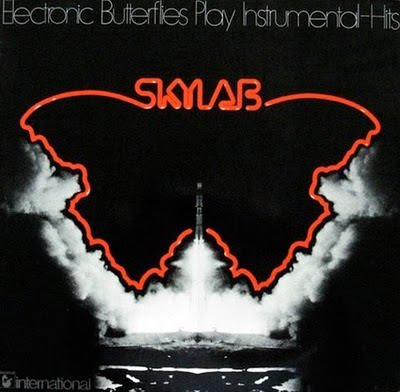 Dan Lacksman is a funny guy. You knew that before but anyway here's a bit of the proof.
If you take the time to listen all the way through the happy, silly, moogy popcorn tunes from A1 to the lovely B1 called Lullaby, B2 will hit you like a etheral meteorite and push you deep into your seat. Almost 13 minutes of Skylab might work like a drug. So please do me a favour and don't skip ; )
Cheers, Basso

Thanks Jamie for the picture and thanks Andrew for making me aware of it's existance!