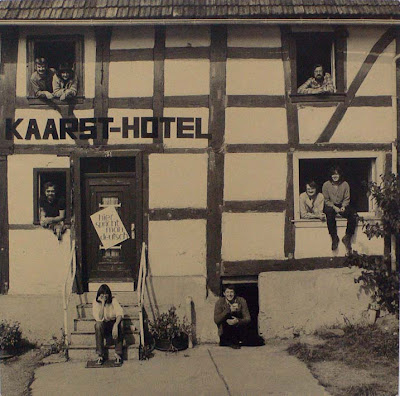 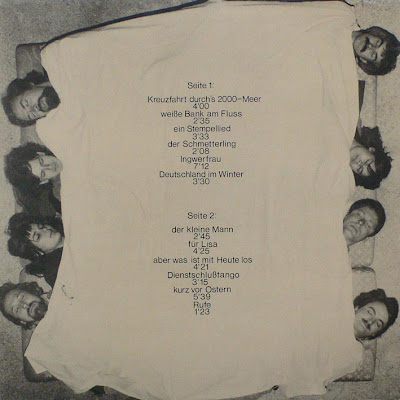 "Man spricht Deutsch" is the title of Kaarst's private press FOLK! LP from 1979. Translated: One speaks german. And that's what Kaarst do. They actually sing! Unfortunately most of the folks downloading and listening to this wonderful album won't snap the beauty of the lyrics. It's really some of the uprightest stuff I've heard by now. You can easily tell that he's been observing mankind with a pair of open eyes. Call me a wussy, but - man - those "dedicated tracks" like Ingwerfrau (Gingerwoman) and Für Lisa (For Lisa) really wetten my eyes. Kurz vor Ostern is something like a reqiuem for a lady born in 1890, having experienced two world wars, her children dying in the Panzer and 20 years of loneliness in a nursing home.... I hope the way Reinhard Firchow is singing gives you a glimpse of what I mean !?! He might not be the most talented singer in the world but he's really touching me and that's what it's about!  Perfect music to watch the clouds rush by ..... Viel Spass!

PS. This folk tends to be pretty light and jazzy

would really appreciate a vital link for checkin out this rare german gem..
big cheers for your bloggings anyway!

totally forgot about that.
Link follows once I uploaded the LP.
Upload starts now .....

Big Bass. Thank you for sharing with us this album.

Your work is very important for us lovers of krautrock.

oh dude. i just love you for this upload. (long ago i downloaded this. but i now went through this german music journey and had to thank you)
i once found the album with the english lyrics on it.
totally in love with this band i went to the web and searched for more records from kaarst.

im just listening to "Kurz vor Ostern" and it brings tears to my eyes.
Just like "Für Lisa" did when i once walked from the main station in oldenburg to my school.

just thank you. the lyrics of this album are so touching.

- just a little musiclover from bremen.

I think i have lost it with my HD a backps.

Is able to repost it again?